I have developed this board as a aftermarked replacement for the Kenwood SO-1 (H25-0029-04) TCXO unit, which is no longer available as original spare part: 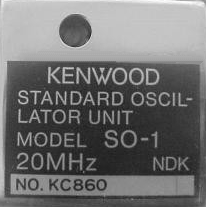 The original Kenwood SO-1 TCXO UNIT

The new SO-1NG TCXO UNIT was designed for a improvement of the frequency stability and accuracy of many Kenwood rigs. If you looking for a solution to keep the frequency of your rig stable over a wide temperature range, then is a TCXO the right choise!

As replacment for the Kenwood’s SO-1, the new SO-1NG TCXO board was developed around a high stability TCXO module from Murata providing a high degree of frequency stability over a wide temperature range and a low noise linear voltage regulator, which can achive better results than the original Kenwood SO-1. Optionally is possible to use a SiTime Precision Super-TCXO with an amazing stability of ±0,1ppm. 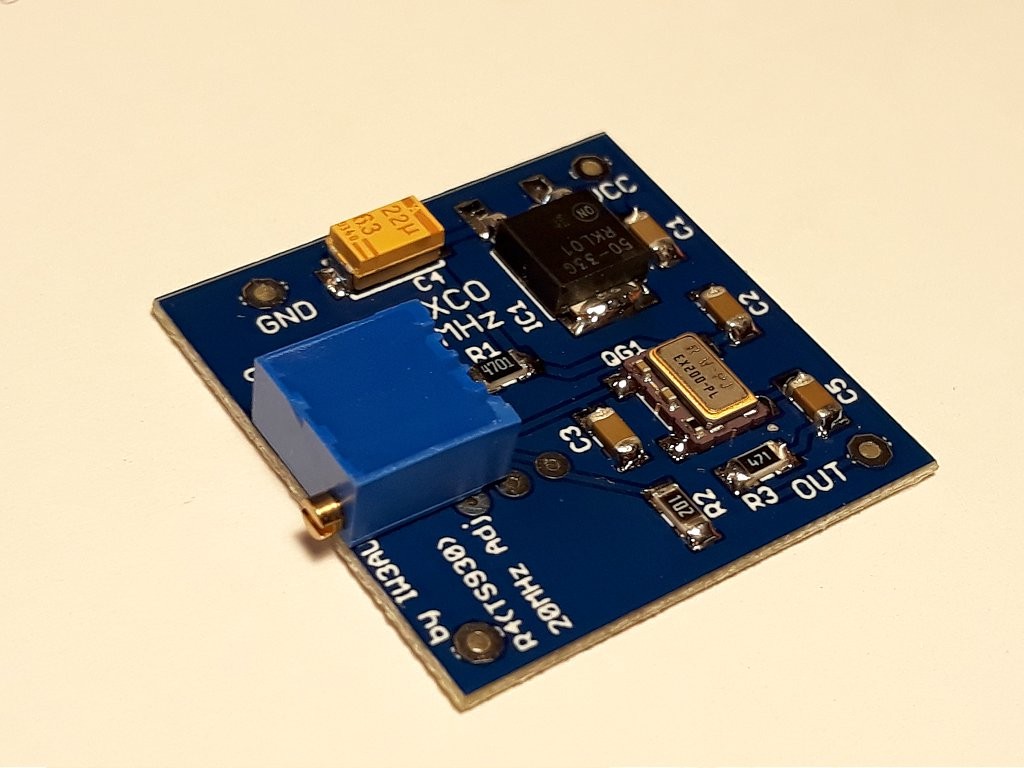 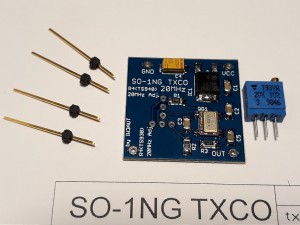 The SO1-NG is 100% compatible with the Kenwood SO-1, with the same dimensions and all soldering pads are in the same location as on the original unit, which permit a easy installation. There are also a high quality multiturn trimmer for a fine frequency alignment of the transceiver after the installation of this board.

Another big advantage of the SO-1NG is the position of this trimmer, which permit a fine frequency alignment from the outside using the same hole as used to adjust the standard oscillator through TC1 without to remove the cover or other parts from your transceiver, even for the TS930 as for the TS940!

The trimmer position for a KENWOOD TS930: 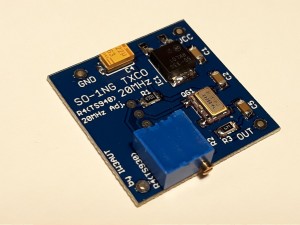 The trimmer position for a KENWOOD TS940: 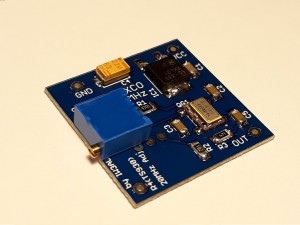 The trimmer is centered at the same position as the original TC1: 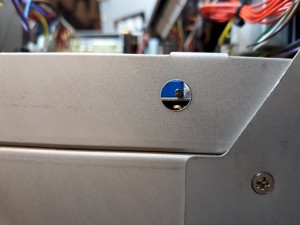 This test was done on a Kenwood TS940 and a HP Z3805A GPS-DOCXO as 10MHz reference signal, with the radio tuned on 9.999 MHz USB. The audio output from the TS940 is sampled with the TinyGate USB interface on a pc where running Spectrum Lab.

First, I put the radio (Kenwood TS940) in a cold basement to bring the temperature down to aprox. 8°C. The graph below with a horizontal scale resolution of 0,1Hz shows the HP Z3805A’s 10 MHz carrier received while the radio is warming up with the SO1-NG oscillator (using a ±0,5ppm chip) installed: 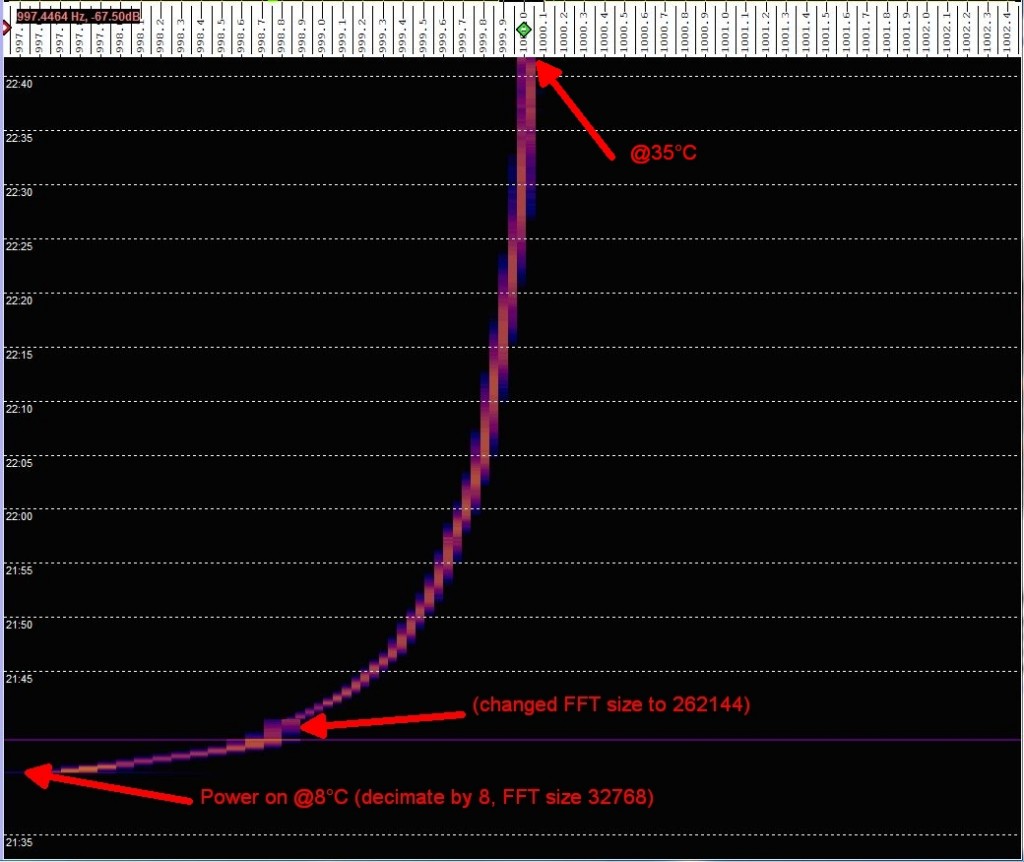 Starting from a temperature of 8°C and warming up to 35°C, the frequency swing is only 2,5Hz. The following graph is the continuation of the graph above: 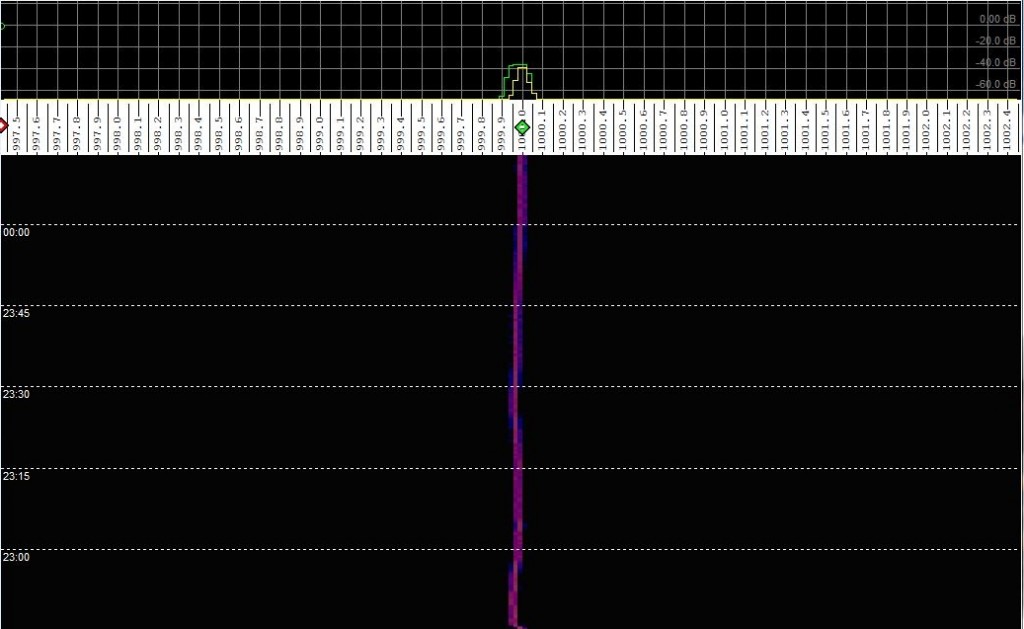 Installation guide of SO-1NG TCXO UNIT for a KENWOOD TS940:

4. Soldering the pinheaders on the TCXO board and cut the exceeding part of pinheaders. Done! 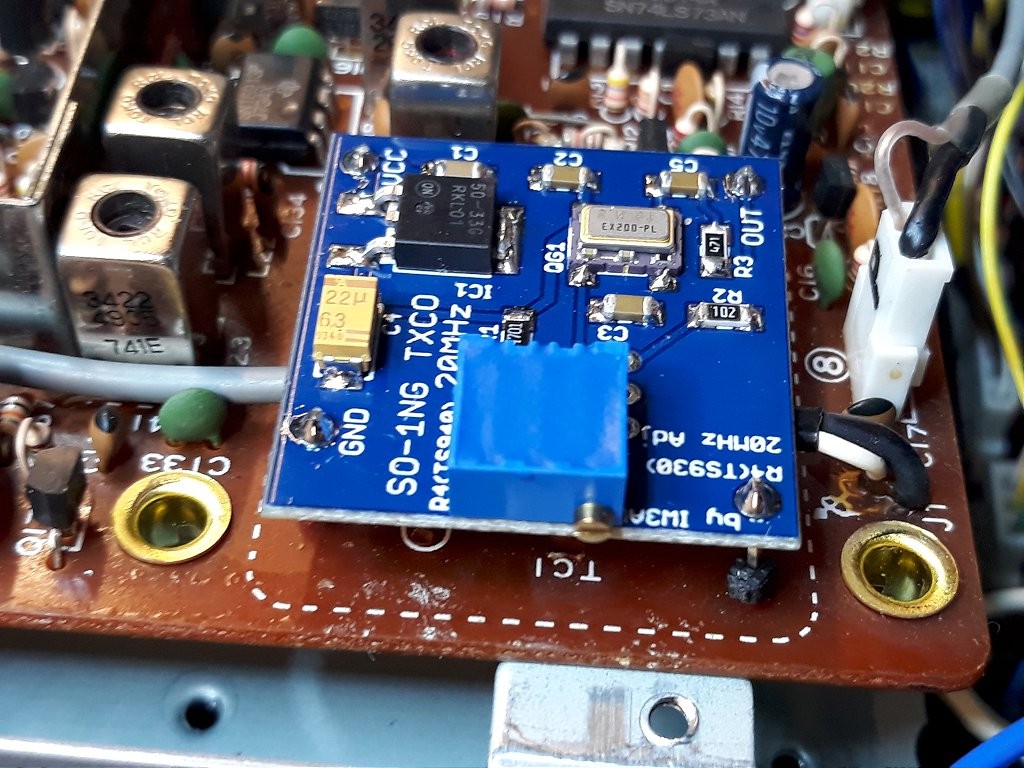 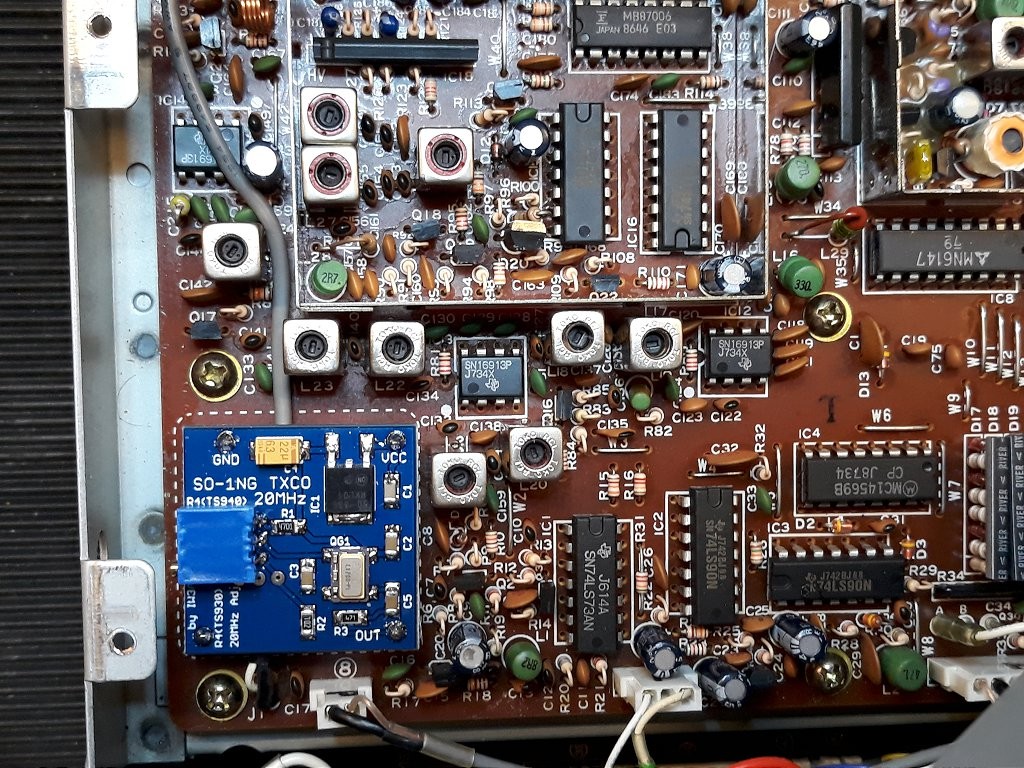 Installation guide of SO-1NG TCXO UNIT for a KENWOOD TS930:

For other questions please send me an email.